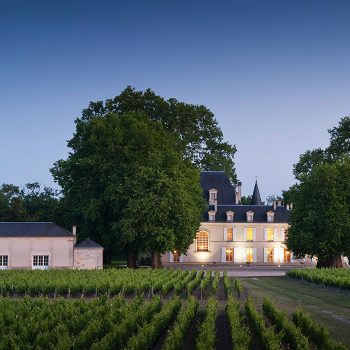 This second wine, from 5th growth Chateau Cantemerle, comes mainly from the Château’s younger vines and is made exactly like its older brother. A classic medium bodied claret with very smooth tannins, this Bordeaux spends 12 months in used French oak to round it off and give it some oomph. Its aromas of red fruit are plentiful, and the palate offers some tasty cherry and dark fruit too. Les Allées de Cantemerle has very similar characteristics to its more expensive counterpart, but is generally ready to be consumed within a few years of the vintage.

Food Pairing – as a medium bodied claret its great with good meaty burgers with bacon and cheese. Try with lamb or even mushrooms with plenty rosemary and garlic.

This is a complicated one and we have to go back to 1855 to really understand it. Emperor Napoleon III requested that the great wines of Bordeaux be ranked for the 1855 Exposition Universelle de Paris. All of the red wines that made it on to the list, apart from Haut-Brion, were from the Medoc. The Chateaux were ranked from 1st Growth down to the 5th Growth. Unlike the classification system in Burgundy, it’s the Chateaux that are ranked not the vineyards. So, a chateau can theoretically sell all its vineyards and buy completely new ones and not lose its classification. The system has changed very little since its inception and has its supporters and its detractors. Some believe its outdated and no longer provides an accurate guide of quality, for example Lynch-Bages is only a 5th Growth but produces wine easily on par with every 2nd Growth.

Add to Wishlist
SKU: MWC-011 Categories: All Wine, Red
Images are for illustrative purposes only. Vintage may differ from the one displayed and sometimes they change the bottle shape without telling anyone. Producers don’t always release new pictures with every vintage so we can’t always display the correct bottle, it’s annoying but that’s why we display the correct vintage info below.